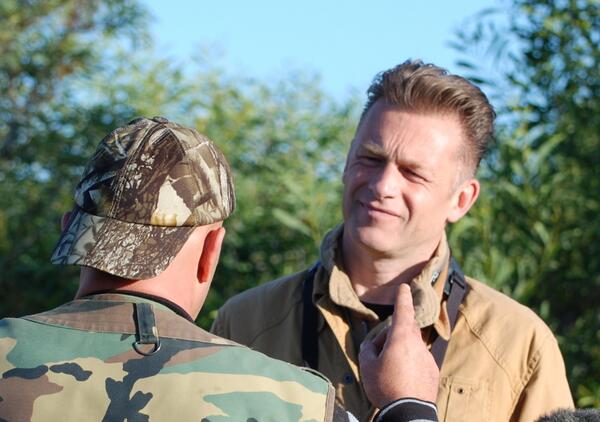 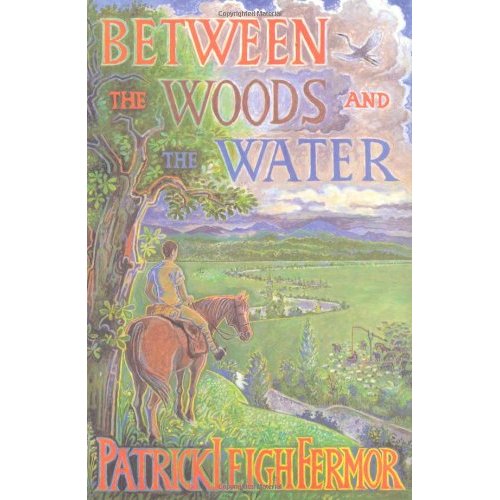 END_OF_DOCUMENT_TOKEN_TO_BE_REPLACED

The prolonged cold spell affecting the UK since the end of November reached a new low on the night of December 18, when the market town of Pershore in Worcestershire, on the banks of the River Avon, was at -19.5 degrees.

The photograph of Hampstead Heath was taken on December 18 by Marcus Fallon. 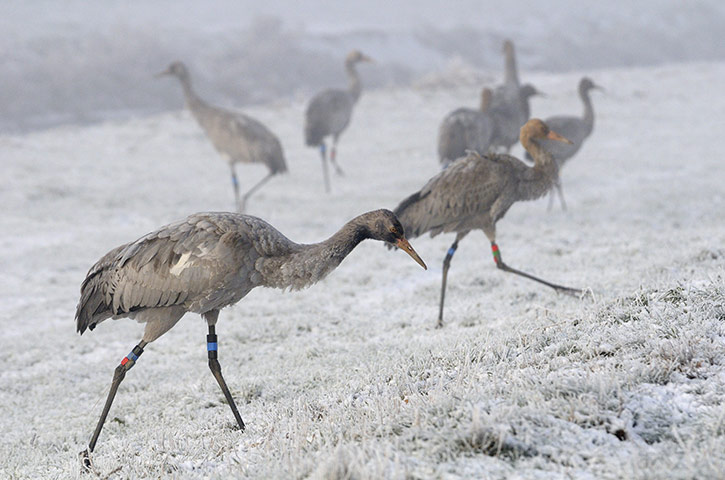 Cranes forage in the frosty fog of Somerset in the second Big Freeze of 2010.  They have been freed in a secret location as part of the Great Crane Project, which aims to have these remarkable birds breeding in the UK again.  Photo from the Guardian’s Week in Wildlife gallery.

In August 1802, poet, scholar and journalist Samuel Taylor Coleridge set off on a tough 9-day walking and climbing tour of the Lake District, which would include Scafell, the second highest peak in England.  It’s interesting to see how he went equipped. For a walking stick he dismantled a broom, to the annoyance of his wife. His knapsack was made of a square of green oilskin, closed by string, and inside

. . . he carried a spare shirt, stockings, cravat, and night-cap (which seems to have been Coleridge’s equivalent of a sleeping bag), together with paper twists of tea and sugar, his Notebook, and half a dozen quills with a portable inkwell.”  – Early Visions by Richard Holmes

Coleridge is said to be the first “outsider” to climb Scafell and his descent is hailed as the first ever recreational rock climb.  It was a memorable piece of improvisation. Threatened by an approaching storm, he chose a way down, without any idea of what lay below.  He found himself descending a series of ledges, a kind of giant’s staircase, known today as Broad Stand. As the ledges grew further apart, he lowered himself over them and let himself drop.  The succession of jolts soon “put my whole Limbs in a Tremble, and  . . . I began to suspect that I ought not to go on . . ” END_OF_DOCUMENT_TOKEN_TO_BE_REPLACED 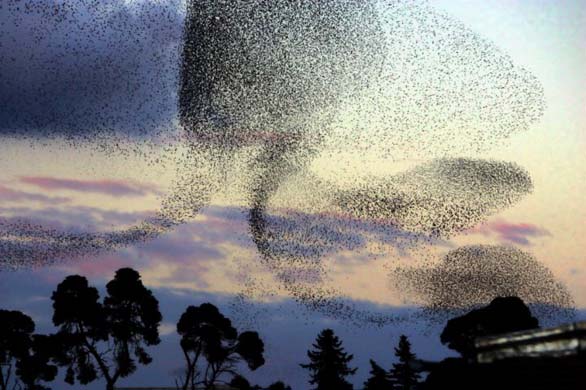 Among this year’s GDT wildlife photography awards, winner of the “Man and Nature” category is this photograph of Leeds city centre, taken by Paul Hodson.  So where’s the nature, you might ask.  If you look at the traffic light, a small silhouette is visible against the amber: it’s a Mistle Thrush sitting on a nest.