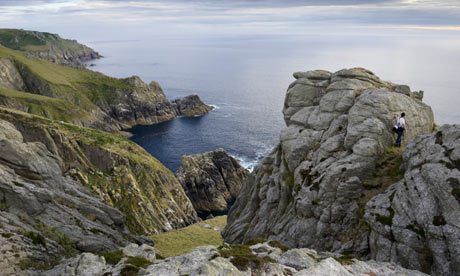 The waters around Lundy Island today became the first marine conservation zone in England as part of a project to create a network of protected areas. The Guardian

Lundy is the largest island in the Bristol Channel, and lies 19 km off the coast of Devon. The number of puffins on the island which may have given the island its name, declined in the late 20th and early 21st centuries, with the 2005 breeding population estimated to be only two or three pairs, as a consequence of depredations by brown and black rats (Rattus rattus) (which have now been eliminated) and possibly also as a result of commercial fishing for sand eels, the puffins’ principal prey. Since 2005, the breeding numbers have been slowly increasing. Adults were seen taking fish into four burrows in 2007, and six burrows in 2008. More on Wikipedia