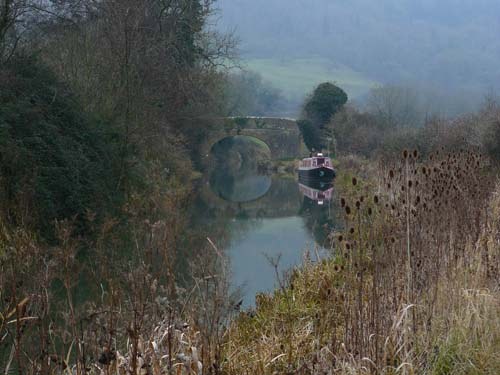 The designers of Britain’s canals, built to haul coal and lumber, or fragile goods when roads were still rough, would have been flabbergasted to see how their engineering efforts are valued today, not for industrial purposes, but for giving folk a respite from urban stresses or for bringing kingfishers into city centres.

Of course these corridors of wildlife and the slow-life are still generating business, but the canal pioneers would also have been gob-struck at the 21st century leisure industry and the money to be made from boat hire or canal-side pubs.

The authors’ favourite is the Monmouthshire & Brecon in south Wales, most of which runs through the Brecon Beacons national park and is particularly rich in wildlife and flowers. Boat hire companies also abound.

The most majestic is the grand Caledonian Canal in Scotland, connecting several lochs on its course among Highland scenery. At the other end of the scale is the diminutive Bude canal in Cornwall, which was originally designed to carry mineral-rich sand from the beach to fertilise the fields inland, finding ingenious solutions to overcome the gradient. Beyond the mighty sea lock, only about 2 miles remain navigable, but paths are being restored to explore the old canal route.

One of my favourite canals is the Kennet & Avon, which has the famous Dundas Aqueduct taking boats high above the river Avon.  The photo above was taken near Bath on a cold January day, when the canal seemed asleep in the mist.