Grey squirrel pie continues to gain in popularity across the country. I enjoyed this comment in the Manchester Evening News, explaining the origin of the debate on what squirrel actually tastes like.

“Country squirrels live on a diet of sweet things like berries, unlike their urban cousins who will eat mostly anything found thrown on the streets. This diet can make their meat taste sweet, and if cooked right can have a taste between duck and lamb (without the greasy fat usually produced by both cooked animals). The squirrel I ate had a sweetish taste although not much meat for a feast! “

A new study has found, contrary to popular belief, that grey squirrels do not have a significant impact on the populations of many of England’s woodland bird species. Although there was some evidence that grey squirrels may locally suppress the populations of some speciest through their preying on bird eggs, they do not appear to cause the birds any widespread or lasting harm. BBC 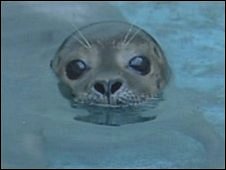 Research into the pox being spread by the resistant grey squirrel, which is decimating the vulnerable red squirrel population, is underway in Liverpool University. Dead red squirrels with antibodies to the virus have been found in the National Trust woods at Formby, giving hope that a vaccine or controlled breeding programme can save the species. The work is urgent, as grey squirrels are now expanding into Scotland, despite all attempts at creating buffer zones and culling.  Guardian