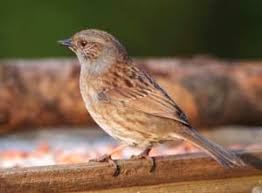 Nice little guide from the Guardian to Britain’s common garden birdsongs. Find out which birds sound like a bicycle pump or a squeaky trolley wheel and which can imitate car alarms.

Another effect of the hard winter was a movement of countryside birds into gardens in their search for food.  Sightings of redwings increased by 185%, fieldfares by 73% and song thrushes by 51%.  Yellowhammers and bullfinches were also more frequent garden visitors. END_OF_DOCUMENT_TOKEN_TO_BE_REPLACED The Guardian has compiled a list of garden-related autumn activities, ranging from visiting ornamental woodlands such as the Westonbirt Arboretum in Gloucestershire for a blast of autumn colours to organic apple juice-tasting in south London.

Anyone who has enjoyed reading Roger Deakin’s books, especially Waterlog and Notes from Walnut Tree Farm, will love listening to these radio programmes that he recorded for the BBC.  Produced by Sara Blunt, the 25 minute-long programmes capture Deakin’s unusual home and garden, and the man who lived there.  The producer deliberately chose not to use an interviewer, instead allowing Deakin to draw you into his world with his own words. END_OF_DOCUMENT_TOKEN_TO_BE_REPLACED

One of the most unusual corners of London is the remarkable Garden Barge Square (Photo: Drew Bennellick) where a community of barge owners live right by next to Tower Bridge. These historic moorings date back 200 years or more. Gardens have been created on the decks of many of the barges to form a kind of floating garden square. But be warned barge living is not as romantic it first might seem. The Thames is cold, damp and grey in winter and the cabins are cramped. See more on Tree Hugger.

See also: Anatomy of a garden: Barge gardens (The Guardian) “Floating on the Thames just downstream from Tower Bridge are the most extraordinary gardens, yet thanks to their illustrious neighbour they’re largely unnoticed.”

When a million-strong swarm of ladybirds landed on Blackdown Horticultural farm recently, every time the staff ventured outside they were coated in insects. But the red cloud brought good publicity for their enterprise:  green roof installation.

The swarm had arrived to feast on aphids living on pesticide-free sedum plants, a staple of green roofs since these succulents are drought-resistant and thrive in well-drained conditions. END_OF_DOCUMENT_TOKEN_TO_BE_REPLACED

A ha-ha is a sunken wall, invisible until you’re nearly on top of it.  They became popular in the 18th century when attitudes to nature in Britain were changing.  END_OF_DOCUMENT_TOKEN_TO_BE_REPLACED