The effect on the weather was no less dramatic.  As the haze heated up, a serious of heavy thunderstorms were unleashed, hailstones causing livestock losses.  Gilbert White described that summer in The Natural History of Selborne: END_OF_DOCUMENT_TOKEN_TO_BE_REPLACED Anyone out of the country that week in October came back to find an altered landscape.  An estimated 15 million trees had been toppled, mainly in southern England, which bore the brunt of the hurricane-force winds.  The north of Britain is used to ferocious winds, but the south hadn’t experienced anything like it for nearly 300 years.  The result was a large population of very tall, old trees that had never been tested by such severe weather conditions. END_OF_DOCUMENT_TOKEN_TO_BE_REPLACED

Volcanic eruptions, lightning strikes, lizard bites and hornet stings caused some of the more unusual injuries listed by the Department of Health (DoH).

From the Guardian here :
Accidents cost the NHS about £1bn a year. The most common cause of injury was falling, which led to 119,203 admissions to casualty.

Thousands suffered attacks from a wide variety of animals. These included 451 people stung by hornets, 46 bitten by venomous snakes and lizards, 24 bitten by rats, 15 injured in contact with a marine mammal, two people bitten by centipedes and one attacked by an alligator. But dogs accounted for most injuries with 3,508 people suffering bites.

Hundreds more fell victims to natural hazards, with 54 people struck by lightning, 37 victims of “volcanic eruption” (sic), 25 injured in “cataclysmic storms”, 12 suffered from avalanches and seven were victims of earthquakes. A further 107 were exposed to “unspecified forces of nature”.

Adder bites in the UK

From the NHS (Plus lots of information on symptoms, causes, diagnosis, treatment and prevention of adder bites)

Statistically you have more chance of being killed by a wasp than dying at the teeth of Britain’s only venomous snake. The Independent 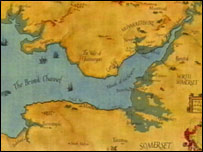